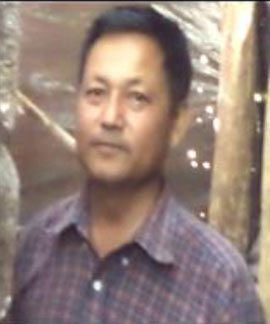 Shri Konthoujam Sanaton Singh, 50 Yrs. (M) is a matriculate. He was motivated by one adopted farmer of KVK Imphal West. Being adoptive and laborious Shri Sanaton Singh started growing mushroom in 2007 with a mere 120 bags. Under the Horticulture Mission (MM-I), KVK took up one demonstration programme on Oyster mushroom cultivation and production unit. Drums, Sprayer, Tarpaulin, polythene sheets, polybags, polypropylene bags, master spawn, spawn, etc. were given as inputs.

He multiplied master spawn for his own use and the excess was sold out to other mushroom growers. His production capacity increased to 2800 bags at the end of 2013. 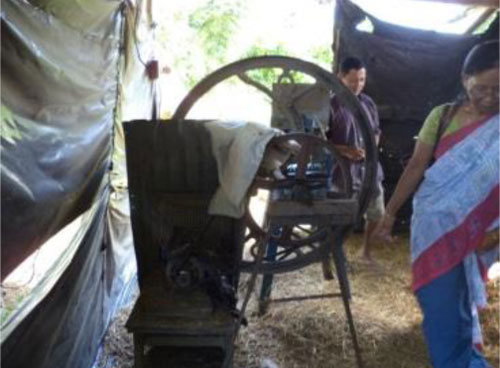 1.  Present status of the Farmer 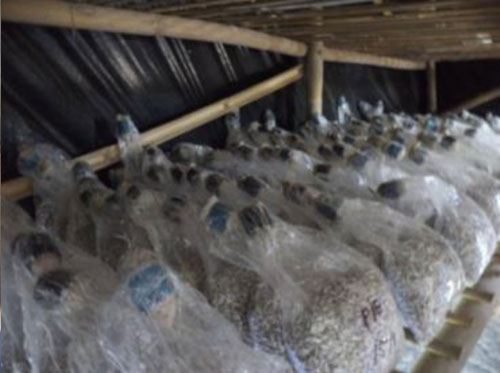 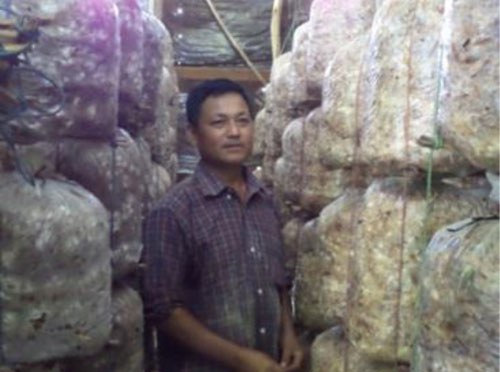 He is totally involved in mushroom cultivation throughout the year and from this income he is maintaining his family including children’s education. He easily manages the financial requirements for his daughter’s study in 2nd year B.Sc Nursing at Bengaluru.

He extended training and guidance on mushroom cultivation to 4 farmers in his locality and neighboring villages.

His produce is marketed through wholesalers. Not only his produce but he also marketed the produce of his extended growers. 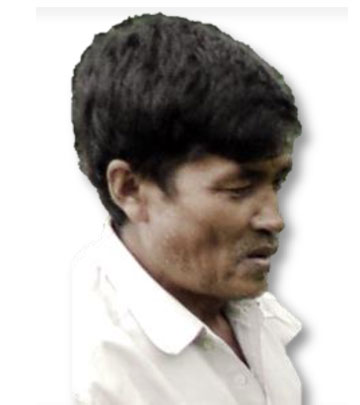 Seed production of rice is an impressive technology in North Eastern States because most of the farmers want to use good quality seeds but cannot afford the huge amount to buy seeds from markets and related sellers. On the another hand, due to problems of transportation facility, bad law and order situation and frequent blockades on the highways, seeds from outside the state are not available in time to the farmers but if the seeds are stocked with the farmers they can sow at their convenient time since farming depends solely on rain.

Shri Kh. Mani Singh is one of the progressive farmers of the KVK, Imphal West. He can read and write Manipuri language only and belongs to Meitei community. He is a devoted farmer, a hard worker as well as a good learner of the demonstrated technology. Under the Participatory Seed Production Programme of ICAR Seed Project, ICAR Manipur Centre, KVK, Imphal West SMS, Plant Breeder initiated 3.00 ha of land under seed production programme. His field is suitable for seed production because of the compact area and isolated situation away from other rice fields. Seed, fertilizers, plant protection chemicals and conoweeder were given as inputs. He has sown rice seed of rice variety RC Maniphou-10 on 20th June, 2013 as main kharif crop and transplanted after 20 days. Spacing for transplantation was maintained at 30 cm x 10 cm in line. All the agronomic practices were followed and no weedicide was used in the crop. Shri Kh. Mani Singh alone could weed one sangam (¼ of 1.00 ha) with the use of conoweeder in the morning hours (6 am to 10 am) and save a huge amount of labour expenses for weeding the field. 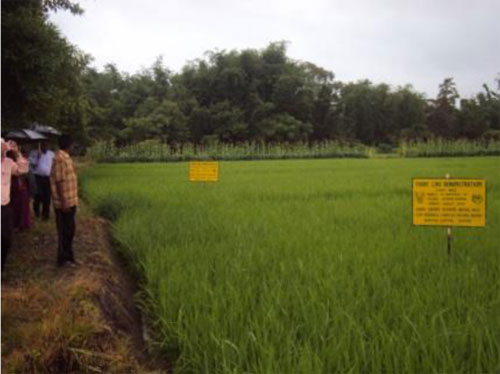 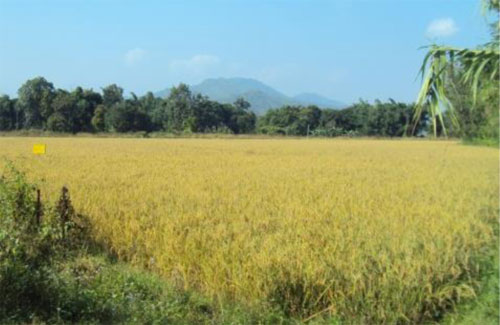